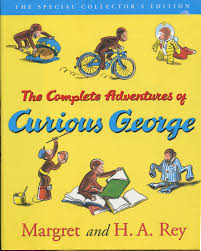 This year I want to be a little less haphazard about my two little one’s activities.   A4 will continue to have her one hour school with me doing Mathusee Primer and Jolly Phonics but  I want to be more  purposeful about the fun school I do with my two little girls.  To this end I’ve created a Preschool Adventure Box and a written frame-work with which to organise my planning of the short units I do with them.

Every morning I need to find some activities to keep the little ones busy whilst the older ones do their chores.  A4 has some chores and she shadows whoever is looking after all our pets, but she is usually finished before the others.  One of the activities I put out every night is play dough.  I happened upon some printables from Beth which included one to be used for play dough.  I thought I’d take the idea a bit further, have the children colour the sheet in and laminate it to be used as a themed play dough mat.  It was a huge hit- I need to find a bear one for next week!

These were the little one’s bed time read alouds.  They were also available in the morning whilst the older ones were doing their chores and also during quiet time.

For this unit we had dress up:

monkey puppets (which we made during the unit):

and some toy monkeys with props (a selection of Playmobil, Schliech models and Duplo Lego):

Using the chair as a tree, she pretended her family of monkeys was our family. Apparently Daddy was the monkey on top of the ‘big’ Mummy’s’ back!! (holding on for dear life at the top of the ‘tree’!  I tried to put together kits so the children might be able to play at re-enacting some of the books they will have read.  These were available in their quiet time boxes

I make 6 trays each week.  The little ones have three each to begin with and then swap over.  A4 has normal trays, whereas I have used the high-sided (never before used) small cat litter trays for B1, which contains the materials rather well!  Each set of three contains the following:

Each week I print out all the printables and put in a folder to hand out as needed:

The tactile activity this week was jewellery making, using one of A4’s Christmas presents.  B1 had threading activities:

For the puzzle or shape activity I used the wooden monkeys and a jungle puzzle:

We own this set of classifying cards.  We talked about whether monkeys were found in grasslands, deserts, oceans or tropical areas.

These are for the older children’s time with A4 whilst I spend some 1-2-1 time with B1:

Two of the tray activities each day were printables with some sort of artistic supplies in the box with them.  The idea is that a colouring sheet can be used for cutting and sticking things on, or painting or simple colouring in.  My goal throughout the week is to ensure the little ones are exposed to as many mediums as possible.  The completed work is then displayed on our beams using string and pegs until the next batch needs to go up.  I also photo copy a few colouring in sheets which I allow A4 to have in her quiet time box with ten colouring in pencils (she has to count and return all 10 to me!), and for both little ones to have access to in the morning during chore time, this time with a box of crayons.

This is an activity which A4 will be able to do but with the input of an adult.  It will be a chance for her to spend some 1-2-1 time with her mummy and learn a new skill.  This time round I have bought in a sock monkey puppet making kit which will have a bit of sewing and sticking.  I also think it will be easy to recreate a few puppets using materials I have lying about the house and I know twin girls who would love to do that activity!:

Can I just say how impressed I was by this kit.  Obviously I helped her, but it took us about 1/2 an hour to complete and the end product was fabulous.  Really, really worth getting.  Also the instructions are very transferable, using your own socks.  I can see lots of monkey making by my older girls!

I allow half an hour of screen time a day and one family dvd a week for my little ones.  This time watching something, especially if it is (loosely) related to their learning, is helpful in allowing me uninterrupted time with my older children.

The following YouTube video is of Five Little Monkeys: http://www.youtube.com/watch?v=ZhODBFQ2-bQ

This video is a fabulous reading of The Monkey with the Blue Bottom: http://www.youtube.com/watch?v=gncP_QbUGRA

The children also have an hour of quiet time a day.  For this they each have a basket of toys and play on their beds listening to a CD.  We are blessed to own the whole set of CDs which came with the book.

As monkeys can be found in the jungle I brought out our Galt jungle puzzle:

We own a puzzle of the Animals Of The World.  We built this up together and searched for all the monkey family pictures.  A4 knows her continents fairly well so I asked her which continent each monkey we found was on.  B1 just enjoyed walking, crawling and looking at the map!

And last but not least our very own cuddly Curious George:

For our special tea, I made Tortilla, cheese and tomato monkeys and made a banana split bar muffin tin.   I decorated the table using decorations from this site.  A4 was so excited!

However, the high-light for me was a banana split bar muffin tin.  I had seen the idea for a banana split bar for parties on pinterest and I thought how transferable it would be to do a mini one in a muffin tin!  It was fab!!  I filled two icing bottles – one with chocolate sauce and one with whipped cream.  I placed a few blueberries at the bottom of a red jelly mold-this was her bowl.  In the muffin tin I used tiny meringues, glace cherries, tiny fudge chunks, small ice-cream balls (made with a melon baller), and banana strips.  I added two small muffin cases in which were some crushed nuts and coloured chocolate beans, and as a finishing touch I popped two long chocolate covered biscuits.  Here is the result: